Michael Neuschatz worked in sheet metal fabrication plants, shipyards, restaurants, post office before becoming a typesetter in the early 1970’s. He served as a shop steward, union insurgent, and labor organizer while typesetting. He later earned a PhD and became a science education researcher for the American Institute of Physics. 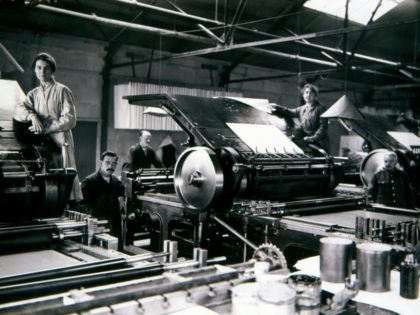 As the Ink Fades

Once upon a time, typesetters' unions were strong and militant. But they failed to keep up as technology transformed the industry.