Devin Thomas O’Shea’s writing has appeared in the Nation, Current Affairs, Boulevard, CHEAP POP, the New Territory, Midwestern Gothic, and elsewhere. He lives in St Louis and can be found on Twitter. 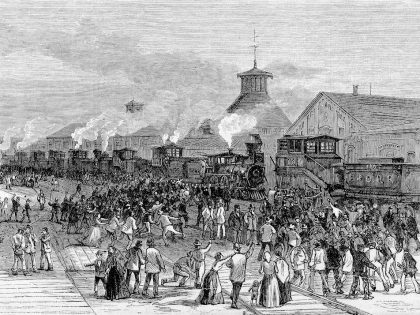 Every July, We Should Celebrate the St Louis Commune

In July 1877, workers in St Louis waged a general strike that saw them briefly take the reins of power. Frightened elites compared it to the Paris Commune — and we should celebrate this extraordinary moment of radical democracy today.