Sarah Schulman is a novelist, playwright, screenwriter, nonfiction writer, and AIDS historian. Her twentieth book is Let the Record Show: A Political History of ACT UP New York, 1987-1993. 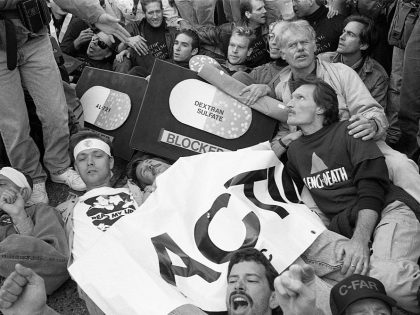 At a Time of Emergency, ACT UP Refused to Be Bystanders

Sarah Schulman’s Let the Record Show tells the story of one of the most compelling and successful social movements of the past century, ACT UP. We talked to Schulman about the “New York Crimes,” the messy joy of political commitment, and how ACT UP changed history.