Dolors Sabater was mayor of Badalona from 2015 to 2018, and is lead parliamentary candidate for Catalonia's Candidatura d’Unitat Popular. 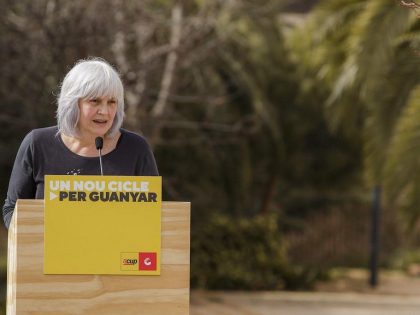 Catalonia heads to the polls today in its first election since Spanish courts jailed pro-independence leaders for sedition and banned the Catalan president from public office. Dolors Sabater, lead candidate for the anti-capitalist CUP, told Jacobin why the Catalan national question won’t go away — and why a referendum is the only way to resolve it.