Ashley Smith is a socialist writer and activist in Burlington, Vermont. He has written in numerous publications including Truthout, The International Socialist Review, Socialist Worker, ZNet, Jacobin, New Politics, and many other online and print publications. He is currently working on a book for Haymarket Books entitled Socialism and Anti-Imperialism.

The Vermont Progressive Party must choose between challenging the two-party system and being absorbed by the Democrats.

In the wake of last month's general strike, rank-and-file workers in Quebec are pushing for a stronger agreement with the government. 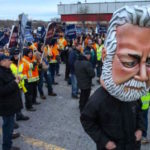 The Liberal government in Quebec's attempt to impose austerity has instead galvanized thousands against it. 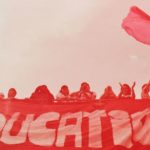 A Maple Fall in Quebec?

With protests in Quebec picking up, the 2012 student strikes might have been just the beginning of the anti-austerity struggle. 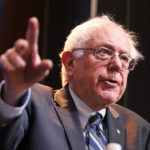 The Problem with Bernie Sanders

Bernie Sanders' choice to run as a Democrat means he can't present a real alternative to Hillary Clinton.