Martijn Konings is a senior lecturer in political economy at the University of Sydney. He is the author of The Development of American Finance, editor of The Great Credit Crash, and co-editor with Leo Panitch of American Empire and the Political Economy of Global Finance. 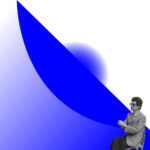 The idea of an American empire in decline refuses to die.