There was a lot of enthusiastic talk about a wave of labor militancy last year — remember “Striketober”? With the Bureau of Labor Statistics’ (BLS) preliminary data for December out — it will be slightly revised next month, but not by much — we can now look at the full year in historical perspective. It was a quiet year, even by recent standards.

First, the number of “stoppages” involving a thousand workers or more.* 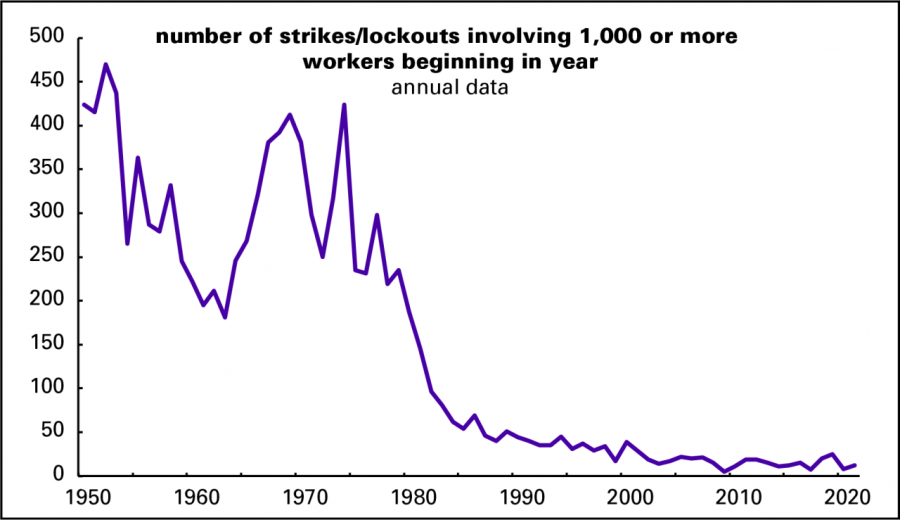 There were about half as many major strikes in 2021 as there were in 2018 (the year of the teachers’ strikes) and 2019 (which included a five-week strike against GM), and nothing compared to the pre-Reagan decades.

Comparing the number of workers involved in strikes to the labor force yields even less impressive results: 0.02% of total employment, a sixteenth as much as in 2018 and less than a hundredth the average of the 1950s. Even the 1990s, hardly a decade known for class struggle, saw eleven times the share of the workforce walking out. 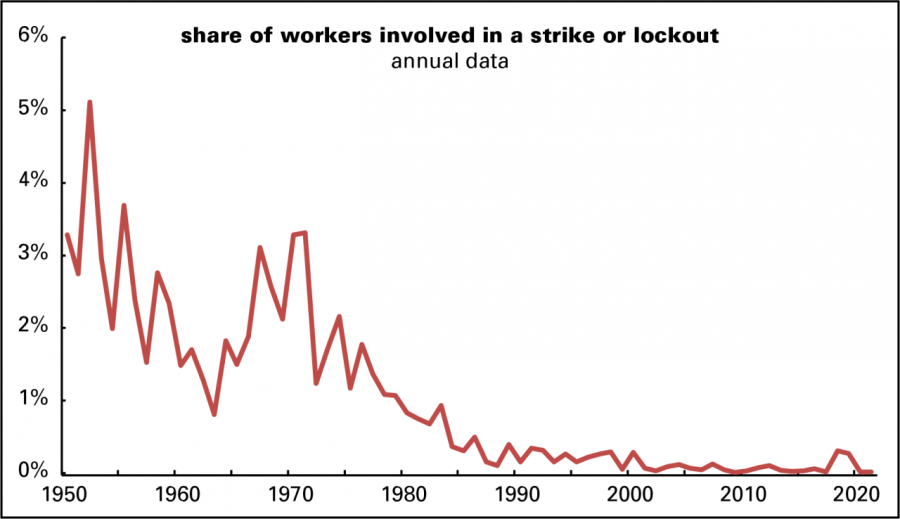 Yet another view: what the BLS calls, with a touch of moralism, “days of idleness” expressed as a percent of total hours worked. Again, the line is almost indistinguishable from the x-axis, so close it is to 0–0.002%, to be precise. 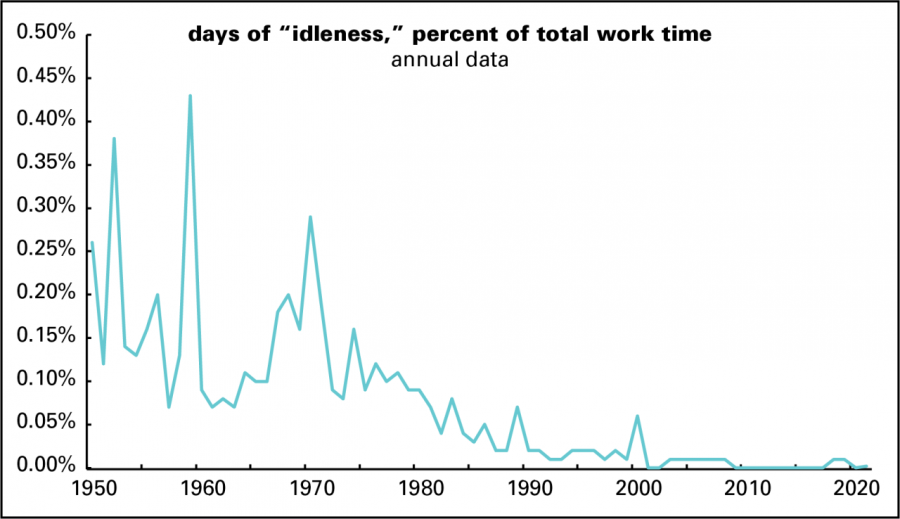 Here’s a closeup of the idleness measure since 2000 using monthly data. That blip on the right is what was called “Striketober,” even by bourgeois outlets like NPR. Hours of “idleness” during October 2021 were a quarter as many as in October 2019, the month of the strike against General Motors. 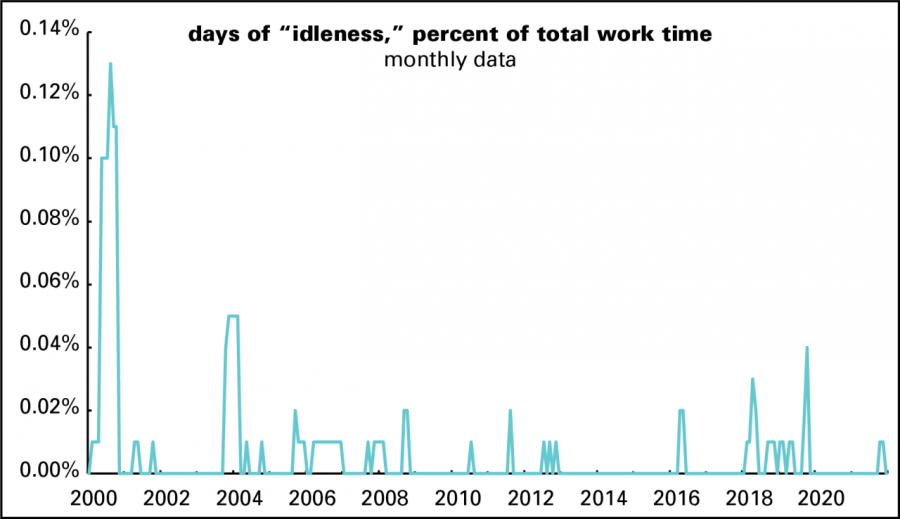 I’d love nothing more than a strike wave and an upsurge of militancy. It’s just not here yet.