In February of last year, the People’s Policy Project released its Family Fun Pack, a suite of family benefits that would make parenting easy and affordable for everyone. One of the proposals in the Family Fun Pack is to have the federal government grant money to local school districts so that they can provide free public childcare and prekindergarten to all children below school age.

In October 2019, People’s Policy Project commissioned a poll from YouGov to determine the popularity of this proposal. The poll asked 1,004 registered voters the following question: Would you support or oppose a policy to have the federal government provide grants to local school districts to provide free public childcare for all children too young to attend school?

YouGov found that the proposal was popular. Overall, 57 percent of Americans support the proposal while only 35 percent oppose it. Among Democrats, the support was overwhelming, with 82 percent in favor of the proposal and only 12 percent against it. 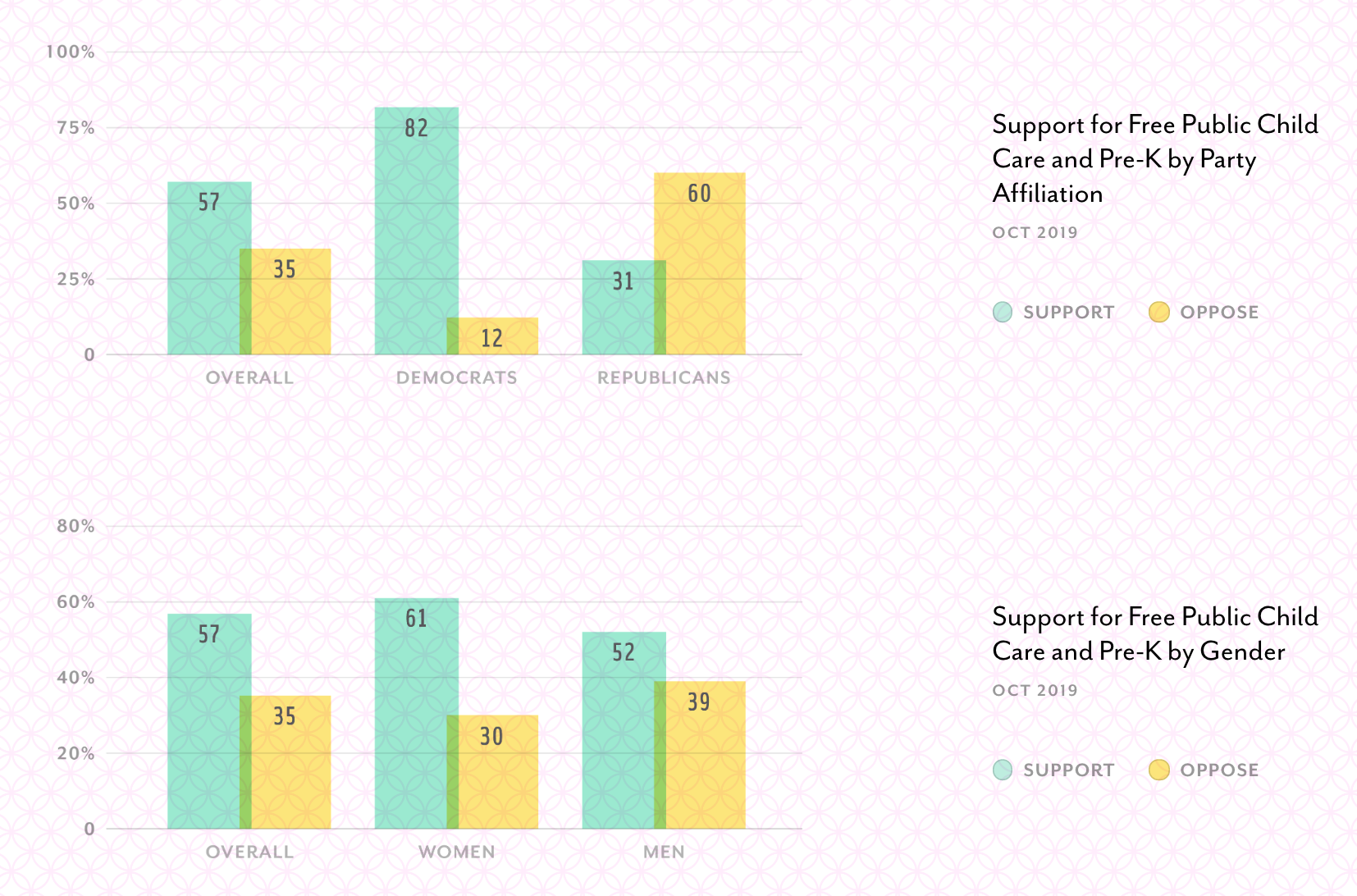 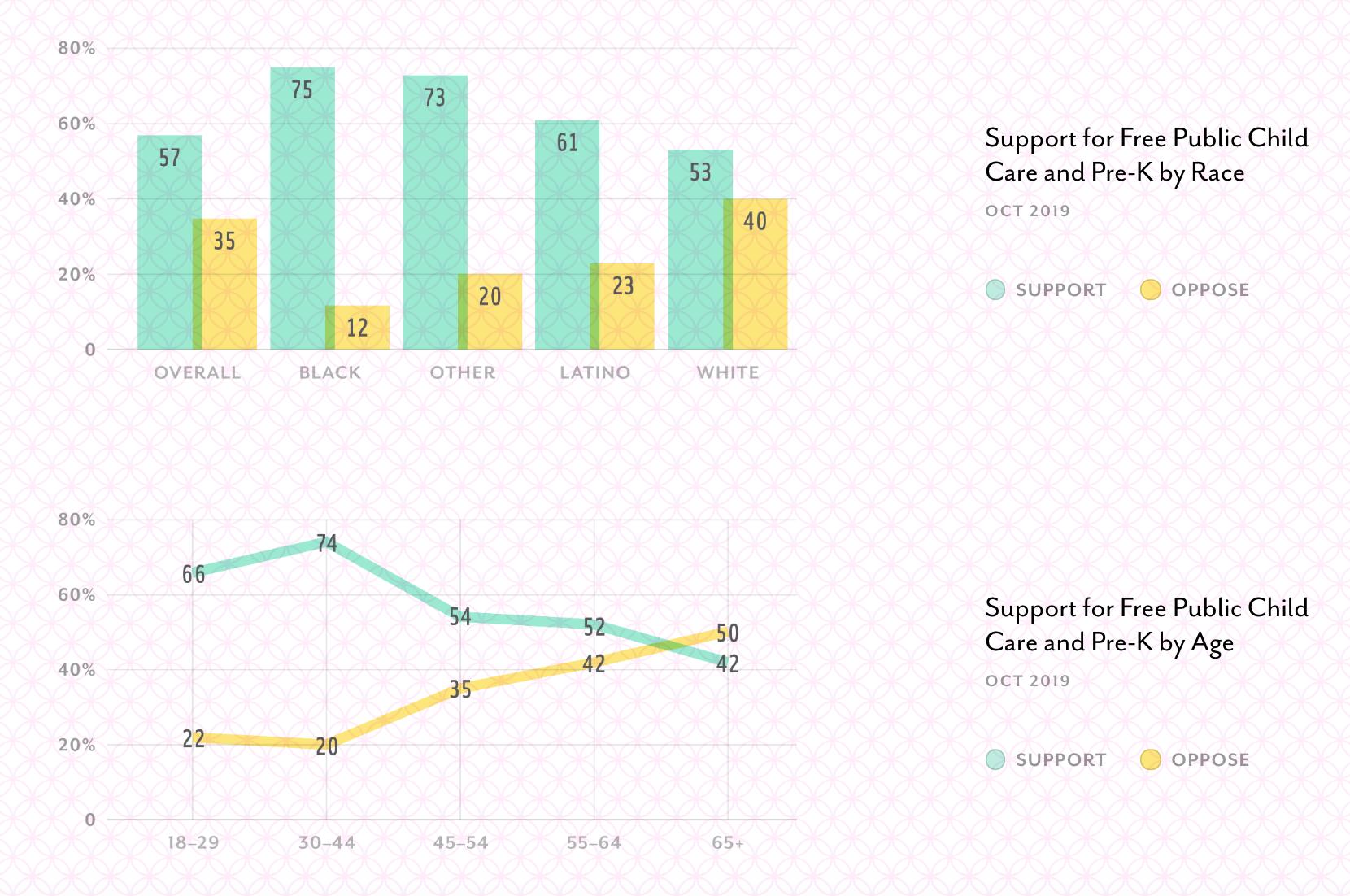 Using the Current Population Survey and estimates produced by the Center for American Progress of how much high-quality childcare and pre-K would cost if it were properly compensated, I estimate that this proposal would annually cost between 0.5 and 0.9 percent of GDP, depending on the precise design and modeling assumptions.

This cost estimate can be contrasted with the military budget, which currently costs 3.4 percent of GDP.

If the United States fully funded this proposal with cuts to the military, it would still have by far the largest military budget in the world and still exceed its NATO commitment to spend 2 percent of GDP on the military. Of course it is not strictly necessary to fund free childcare and pre-K through military cuts. It can easily be funded through other mechanisms. But this is an area where progressives should consider making the case that the bloated size of the military budget is preventing us from having good things.