On a chilly, gray morning last December, I found myself receiving the keys to a brand new white van in Covent Garden, London. Grateful to find a part-time job for the Christmas season, I’d promptly become that figure located deep in the English cultural psyche — the “white van man.”

It’s a trope so loaded with connotations of class, race, nationhood, and individualism that Labour MP Emily Thornberry was pressured to resign from the shadow cabinet in 2014 after posting a tweet that seemed to sneer at the patriotic, English working classes. 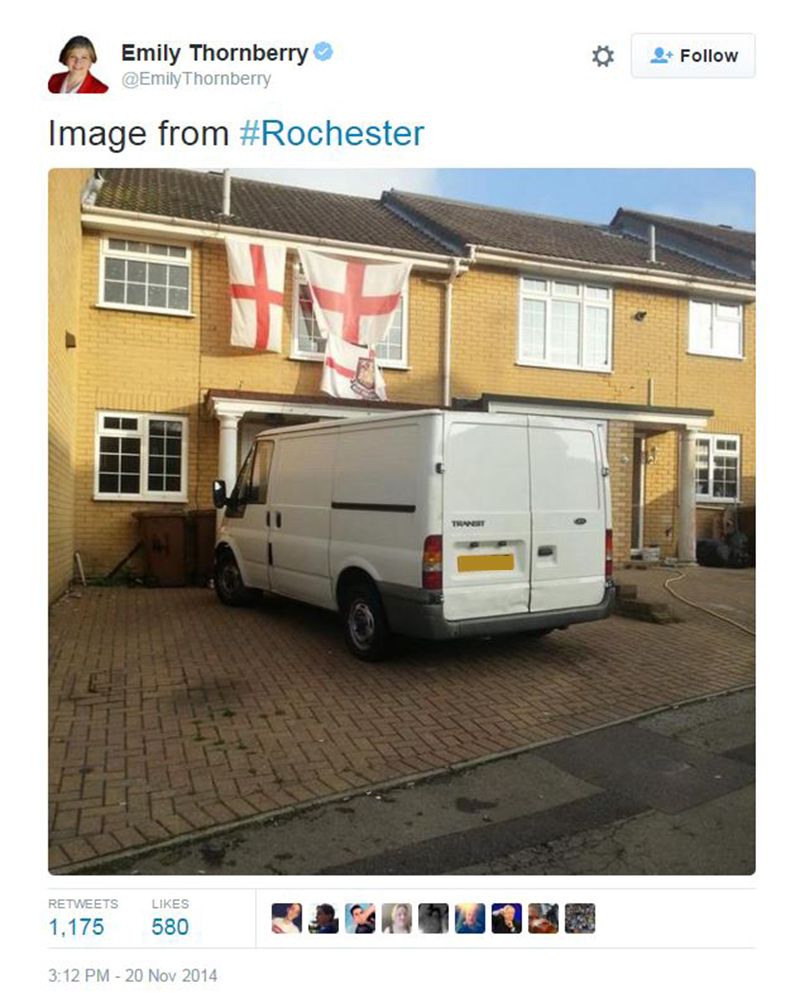 What was my task in this van? To deliver copious amounts of alcohol to the denizens of inner-city London — The City, Temple, St Paul’s, Goldman Sachs, Embankment, Westminster — and their Christmas parties. My route was a few square kilometers that once managed an empire so large the sun purportedly never set upon it; now it takes about as long to cross in peak-hour traffic.

During my month in and out of delivery bays, I witnessed a side of London most people never see. I carried a few cases of Veuve into Middle Temple Hall as barristers ate lunch under oil paintings of Charles the First and Second in coronation robes. I went into the Royal Courts of Justice with a case of New Zealand Marlborough — Christmas presents, according to a brief chat with the Lord Chief himself. I arrived at Somerset House, cases of beer in tow for the staff’s Christmas festivities. And on and on.

London slowly revealed itself to me. While I never managed to get beyond Goldman Sachs’ delivery bay, I peeked around corners and strolled down corridors at every opportunity. I caught views of St Paul’s usually reserved for bankers on multi-million pound salaries and spent time in service tunnels keeping the Thames at bay. Places of grandeur alongside nooks and crannies. In the process a geography of the city was carved out for me — unifying the past and the present through a delivery van filled with booze.

But my physical presence in these spaces was always on loan to me. It was never within my authority to take or assert. I was given fleeting permission — whether from the cheeky solidarity of guards of storied buildings, proud of the history and happy to sneak in a curious delivery man, or, more typically, from begrudging security officers.

Indeed, these guards, doormen, and delivery bay managers — all bouncers at the nightclub of private property — usually indicated little interest in our shared position in the global economy as less-than-living-wage employees.

Or perhaps they had simply become accustomed to demoralizing class identification. Never have so many people tried to make me feel so small as during my month as a delivery man. Marx was right — class is binary.

A useful class distinction today might be between those who have worked in the service industry and those who have not. I’ve encountered enough crusty Etonians demanding I traverse the endless flights of stairs of their old-money flats to know that if you’ve never pulled a pint or served a latte, you’re unlikely to show a skerrick of thanks.

But perhaps more jarring than those individual interactions with the bourgeoisie were the physical separations that segregated service workers from the rest of the buildings’ inhabitants. Enormous amounts of time and money must have been spent designing these complex systems, aimed at keeping people like me from ever entering the front lobby of a corporate HQ to deliver a few bottles of plonk.

Kilometers of underground tunnels, large enough to fit giant trucks. Series of lifts to travel up and down with an ever-expanding array of access cards. Color-coded floor markings ensuring you never walk off the beaten path. All with the intent of stopping the riffraff from walking — literally — the ten meters from the lobby door to the elevator.

It’s pathological. You might think mixing with the commoners would remind elites of their status and wealth. Apparently it doesn’t. This is the new normal for class-riven societies —elites occupying the same space as others while rendering them invisible. Think poor doors for social housing tenants in newly developed flats. Think anti-homeless spikes on HSBC branches.

Increasingly, the city is experienced not as an unpredictable environment, but as a place to navigate — a choose-your-own-adventure where elites decide when and where they’ll interact, and on what terms. 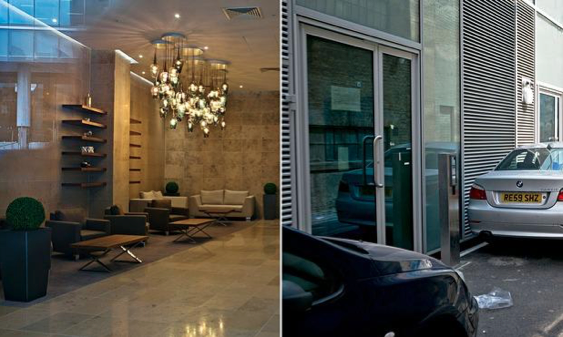 There is a revelatory irony here. Underneath the discourses extolling “efficiency” and “streamlining” lies a byzantine patchwork of obstacles. The notion that any plucky young man or woman can work his or her way up from the post room looks more and more like a fantasy: the underlings are separated from the top not only by a huge range of subcontracting firms and contractual arrangements but by a corporate ladder so full of physical barriers that anyone who comes in contact with it feels like a national security threat.

At the same time, relentless “on time” delivery systems make building solidarity while out on the road inordinately difficult. There is literally no time to meet and talk with other workers — a quick nod might be the extent of the exchange.

By its very nature, delivery work tends to be isolating. For starters, you’re sitting alone in a car for hours on end. But now, as in other industries, self-employment or precarious individual contracts have largely replaced collective agreements.

Yet for all the atomization and insecurity, there’s untapped collective power.

The officiousness of parking inspectors stems from more than just a desire to boost local council revenue (a whopping £667 million in 2014) or a compulsion to move drivers on their way way. Inspectors are surely aware, at least intuitively, that these spaces are choke points in the global economy. Capitalism relies on delivery drivers to facilitate the circulation of goods and services.

But what if we shrugged off the eagle-eyed parking official and refused to move? What if, in the words of Herman Melville’s Bartleby, we would “prefer not to”?

After knocking off work on one of my final afternoons, I took my bike down to the Thames Embankment for a more scenic route home. Making my way east along the river, gliding past the traffic jams I had endured over the previous ten hours, I felt like I was in some small way reclaiming the city for myself.

Not long into this minor victory, weaving through the traffic, the wind whipping against my face, I was pulled over by a police officer — high visibility gear, part of a convey. Everyone on the road made way for an official car: a member of the Royal family. A bloody Royal. In a moment of spontaneity, I recognized a chance for class redemption. I took off pedaling.

A Vauxhall Astra’s sluggishness — delaying the undeserving inheritor of fortune and title hiding behind those tinted windows — helped me make up ground. I’m using the police to clear the road as my own personal escort, I thought. I’m winning!

And then, I wasn’t. A motorbike police officer appeared next to me, looked me in the eye, and made a hand gesture like a gun — miming that he’d shoot me if I didn’t get out of the way. Just like that, the whole edifice came soaring right back up.

This city was not mine at all.