Isabella Cosse is the author of Mafalda: A Social and Political History of Latin America's Global Comic (Duke University Press, 2019). 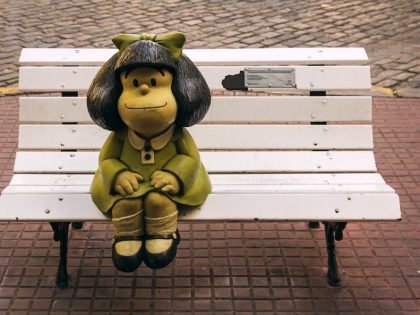 Mafalda is one of the most loved comic strips of all time. Drawn by the Argentine cartoonist Quino, its central character is a six-year-old girl who, with a mix of irony and naivete, interrogated the image of modernity being sold to the Latin American middle classes in the 1960s, and derided the authority of both the family and the state.